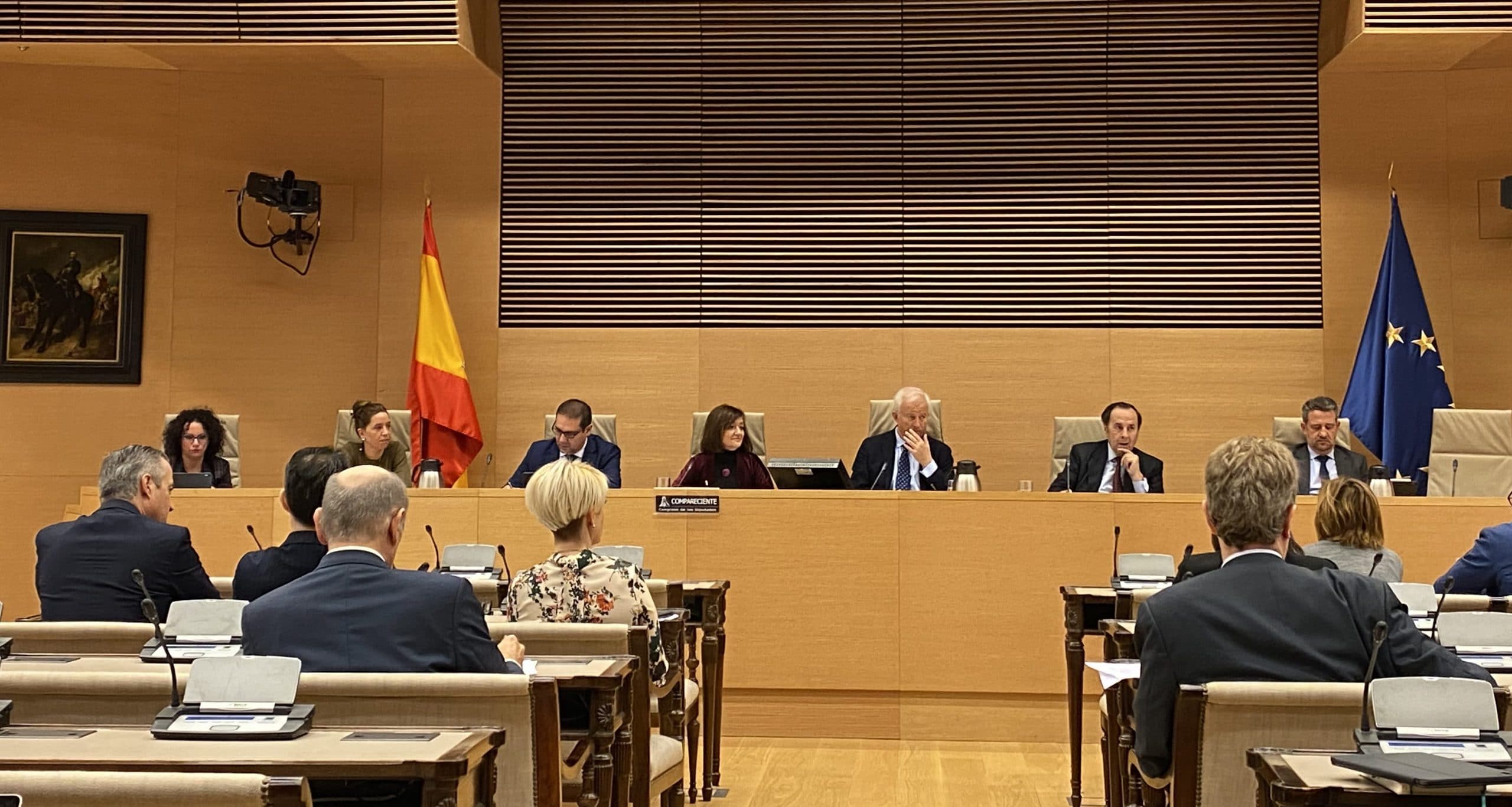 Today the Comisión de Hacienda (Treasury Committee) of the Congress of Deputies has unanimously elected Cristina Herrero to stand as President of the Independent Authority for Fiscal Responsibility (AIReF) over the next six years.

Cristina Herrero has been part of AIReF’s management team since its creation. She assumed leadership of the Budget Analysis Division in 2014, becoming the person responsible for one of the institution’s main functions as a guarantor of budgetary stability and the sustainability of public finances.

In this sense, Cristina Herrero highlighted her “commitment to strengthening AIReF’s actions, both in supervising the Public Administrations’ finances and in evaluating their policies, all with a clear vision: the sustainability of public finances in the medium and long term”.

“This is a responsibility we all share and that AIReF will continue to work on,” she added.

“In short, ladies and gentlemen, if you give me your trust, I will try to make AIReF an institution that is useful for Spanish society as a whole, ” she said.

During her speech before the Treasury Committee, which is entrusted with examining the experience, training and ability to fulfil the role of the person put forward for the post by the Government, Cristina Herrero revealed her intention to strengthen AIReF’s supervisory work and the evaluation of public policies in order to be more useful to society.

In accordance with AIReF’s regulations, the President is appointed for a non-renewable term of six years and is responsible for directing and coordinating all of the institution’s teams. The law grants a wide range of responsibilities in the organisation of the institution, its governance and decision-making in all its areas of competence. The functions also include an appearance, at least once a year, before Parliament to give a report on the institution.

In addition, according to the regulations, the role entails exercising AIReF’s legal representation with full independence and objectivity, directing and coordinating the activities of all its governing bodies, being the chief of all staff, securing contracts and covenants and ordering expenditure and payments. The functions are listed in article 25 of the Organic Law 6/2013 on creation of AIReFand article 25 of theOrganic Statute of the Independent Authority for Fiscal Responsibility.

Cristina Herrero has a Bachelor’s degree in Economic and Business Sciences from the Complutense University in Madrid.  She is an active civil servant in the Cuerpo Superior de Interventores y Auditores del Estado (Senior State Controllers and Auditors) and a civil servant, on leave, of the Cuerpo Superior de Inspectores de Hacienda del Estado (Senior State Tax Inspectors).

Since April 2014, she has been the Director of the Budget Analysis Division of the Independent Authority for Fiscal Responsibility (AIReF), overseeing the institution’s supervision of the Public Administrations’ actions related to the implementation of and compliance with the fiscal rules, namely the deficit and debt targets and the expenditure rule.  She also runs a number of public expenditure review projects conducted by AIReF.

Her entire career has been linked to national accounting and the design and implementation of fiscal rules. From 2000-2005 she was an Executive Advisor for the Intervención General de la Administración del Estado (General Intervention Board of the State Administration – IGAE) as a coordinator for preparing the national accounts of the Public Administrations sector, after several years as head of the national accounts of the Regions and Local Governments. At this stage, she was responsible for relations with the International Monetary Fund within the framework of the agreement on the Special Data Dissemination Standard (SDDS).

Subsequently, from 2005-2014 she was the Deputy Director General in the Secretaría General de Financiación Autonómica y Local (General Secretariat for Regional and Local Financing), carrying out supervisory and monitoring functions of the Regions in the field of budgetary stability and financial sustainability. She directed the implementation and management of financing mechanisms enabled by the State for payment to suppliers, as well as the conditionality associated with financing public deficit.

She has participated in a number of working groups, including the Calculation of Fiscal Balances, Analysis of Healthcare Expenditure, the Technical Committee of the Comisión Especial para la mejora de la Dependencia (Special Commission for the improvement of Dependence) and Working Groups of the Consejo de Política Fiscal y Financiera (Fiscal and Financial Policy Council) in the field of budgetary stability and streamlining expenditure, as well as those linked to the analysis and reform of the financing system.