Cristina Herrero, assumes the Presidency of AIReF on an interim basis 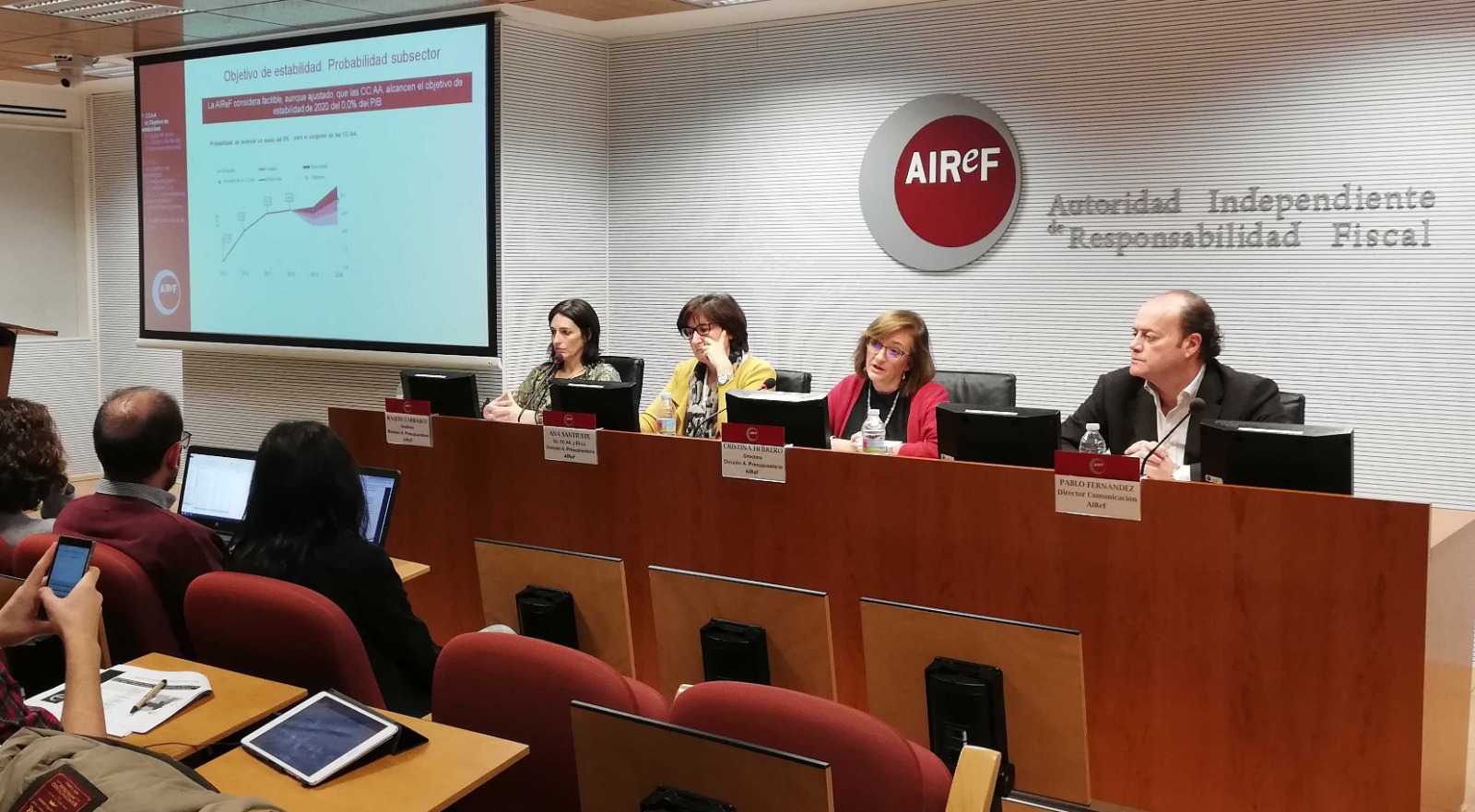 From today, Monday 13 January, Cristina Herrero, who until now had been the director of the Budgetary Analysis Division of the Independent Authority for Fiscal Responsibility (AIReF), occupies the presidency of the organisation on an interim basis in accordance with the institution’s Internal Rules of Procedure, which is applied after the appointment of José Luis Escrivá as Minister of Inclusion, Social Security and Migration.

Cristina Herrero has been part of AIReF’s management team since its foundation. She became director of the Budgetary Analysis Division in 2014, becoming the head of one of the institution’s main functions as a guarantor of budgetary stability and the sustainability of public finances.

Article 10 of AIReF’s Internal Rules of Procedure establishes that, in the event of vacancy, absence, illness or concurrence of any cause for abstention or disqualification of AIReF’s President, the exercise of his/her functions will be assumed by the Director of the Budgetary Analysis Division.

The application of this Regulation ensures continuity in the management of AIReF, whose Executive Committee will continue to be formed, in addition to Cristina Herrero as President, by Carlos Cuerpo, Director of the Economic Analysis Division, and Diego Pérez, Director of the Legal Affairs Division.

Cristina Herrero graduated in Economic and Business Sciences from the Complutense University of Madrid in 1989, and is a State controller and auditor and Treasury Inspector. In November 2005 she became Deputy Director General of Budgetary Analysis and Institutional Organisation of the Regional Public Sector of the Secretaría General de Coordinación Autonómica y Local (General Secretariat of Regional and Local Coordination), carrying out functions of supervision and monitoring of the Regions in the area of budgetary stability and financial sustainability, as well as the processes of reorganisation of the regional public sector and financing mechanisms enabled by the State for payment to suppliers.

Between 2000 and 2005, she was Executive Advisor in the Intervención General de la Administración del Estado (General Intervention Board of the State Administration IGAE) as coordinator of the preparation of the national accounts of the General Government sector, and from 1993 to 2000 she was Area Head in the Sub-Directorate General of Analysis and Economic Accounts of the Public Sector within the IGAE.