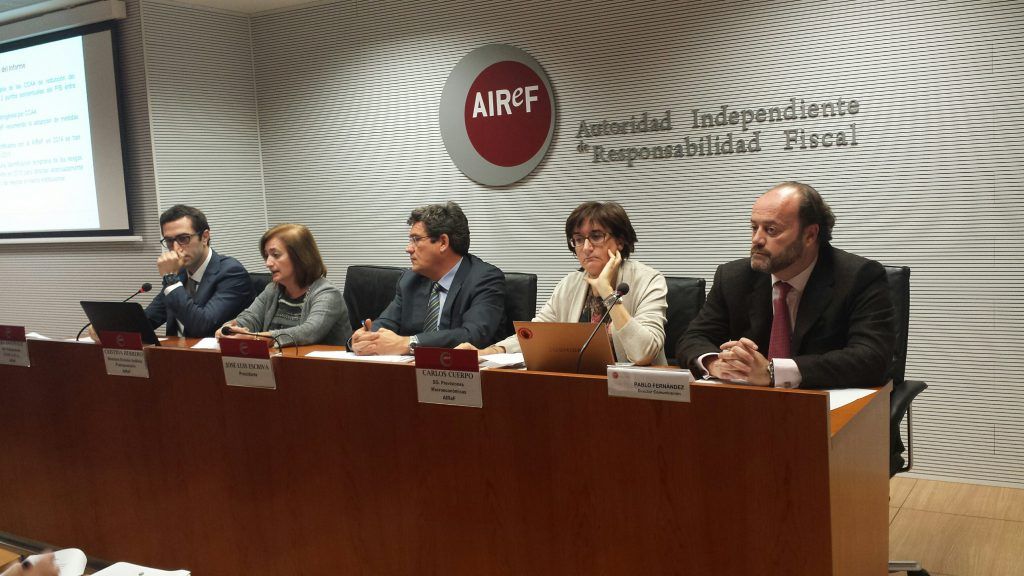 From its horizontal analysis of the AR subsector AIReF concludes that there is a risk of non-compliance with the budget stability target in 2016, set at -0.3% of GDP. This risk stems primarily and in general from the aforementioned significant deviation from the 2015 stability target and from the uncertainty about the materialisation of certain revenue and expenditure items included in the budget scenarios put forward by the ARs. Attachements: